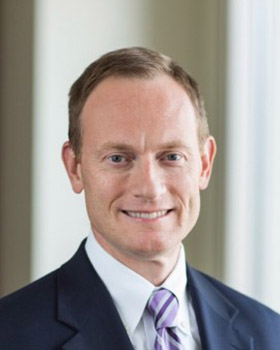 Jack Murphy joined the board of East Lake Academy, assuming the position of treasurer, in 2003. Mr. Murphy is a principal at William Blair & Company, LLC in Chicago. Prior to joining William Blair in 2005, Jack was a director in U.S. equity research at the global investment bank Credit Suisse First Boston. Prior to joining Credit Suisse First Boston in 1999, he worked in similar roles at Lehman Brothers and Salomon Brothers. He began his business career working in the financial services industry at General Electric Capital. Mr. Murphy earned his BA in economics from Villanova University in 1992. Prior to moving from the New York City area in 2003, Mr. Murphy participated as a sponsor in the Student Sponsor Partnership, which provides scholarships for inner-city high school students to New York City Catholic schools. Jack and his wife Janet have seven children and currently have their youngest child enrolled at the Academy.