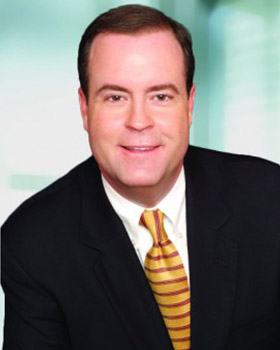 John Calk was awarded a full United States Congressional scholarship to attend Indiana University. John’s success at Indiana culminated in his senior year when the University’s President awarded him the Indiana University President Award recognizing his high academic achievement, outstanding leadership and distinction of character. Upon graduation with a BS in Finance, he was appointed as a second lieutenant and served as an armor platoon leader until recruited to join GE Capital Corporation. As a graduate of General Electric’s famed 2-year management program, John was quickly promoted and spent seven years in operations, marketing and senior financial management positions. He was recognized by the top level of GE’s management when awarded the prestigious Pinnacle award, recognition of the top performers at GE Capital from throughout the world. John’s achievements and character caught the eye of America’s largest privately held teleservices company and he was asked to join their senior management team where he was responsible for all sales, marketing and Internet activity. Since purchasing The Federal Savings Bank, John has served as Vice Chairman of the bank, pioneering their entrance into the world of online lending and e-commerce. He is the father of six children, Founder and President of East Lake Academy and a resident of Chicago’s North Shore. Additionally he serves as Chairman for the Chicagoland Chapter of the Young Presidents Organization. He is an active member of Conway Farms Golf Club and has served on the admissions committee there. He also serves on the Finance Committee of St. Patrick Church, Lake Forest, IL!