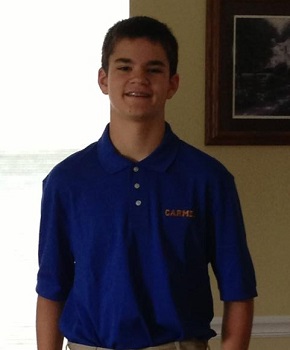 The most exciting time in High School for me was probably the first few weeks in freshman year. It’s a time when you are just shifting to something new, trying to adapt to new teachers, and a new scheduling system. While it was definitely exciting, a better adjective to describe these first few weeks was chaotic. I distinctly remember in the third week of school, I walked into English class it wouldn’t have been too much of a problem, except I was supposed to go to Physics. Whoops.

I plan to get degrees in Finance and Business Management in college. Acquiring a business degree not only suits my interests in business and numbers, but they are also in relatively high demand in the job market.

One East Lake memory that helped me throughout my high school career was Mr. Stack’s showdowns in history class. They helped me acquire the ability to take the right notes and to be able to highlight key points, mostly by instilling a sense of competition. I took a great deal of notes because, well, I hate to lose. Taking notes has been an important skill throughout my time in high school, and it has allowed me to succeed at a higher level.

My accomplishments so far in high school have set me up for a excellent senior year. I received a scholarship for what I had done on the Carmel entrance exam. I am currently on the Honor Roll, and I have been placed in accelerated Math and Spanish classes. I took Geometry over the summer of freshman year, allowing me to be placed in Pre-Calculus Honors in Sophomore year, and Calculus Honors this year. I was placed in Spanish 2 Honors freshman year, which sets me up to be placed in AP Spanish next year. One of my interests is Bowling Club. I get to bowl with my brother and a few friends, and even though they make fun of me for the weird way I bowl, it is still a lot of fun to hang out with a few friends after school.

One thought I have always had in my mind is to push myself harder, to make myself better. From a very young age I have always aspired to be better than my brother. He makes my goal difficult, however, as he excels in most of his endeavors. But then, that just makes me want to push myself even more.